Posted by Guest on Tuesday, 15 January 2019 in Highland Perthshire

Today was the opening of the Tay salmon season. River conditions were excellent and several members were out on Portnacraig Pitlochry and the Sawmilll to either fish or chat with those who were. At lunch time, Steve Watt was rewarded with a powerful 16lb springer on a Willie Gunn tube fly on the Portnacraig bank just above The Portnacraig Inn. Ross Gardiner helped him measure and release the fish quickly back to the water. The fish had been in the river a little while and there were marks on it which showed that prior to entering the river, it had had a tussle with something like a dolphin. Steve is one of the Club’s most successful salmon anglers and although he fishes most opening days somewhere on the Tay system, this was only his second opening day fish, his previous being a 20lb-er on Kerkock beat in 1987 on a Devon minnow.  The Club's last opening day fish was in 2013 when Gordon Nichol caught a 21lb-er, which was again on fly, but off the opposite bank. 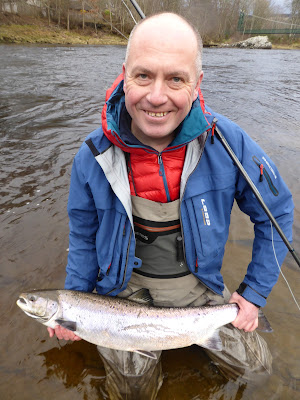 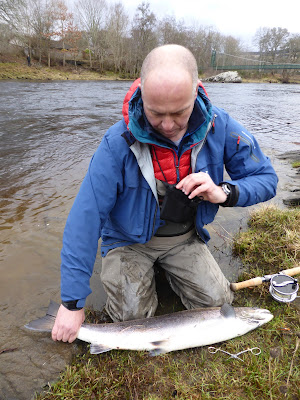 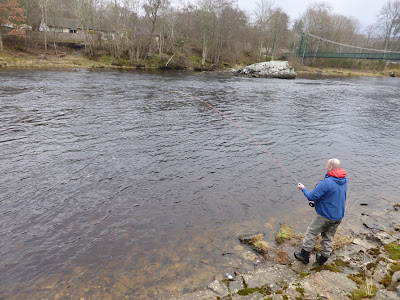 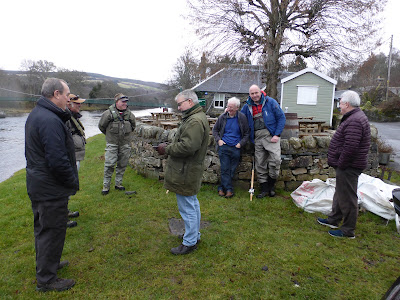 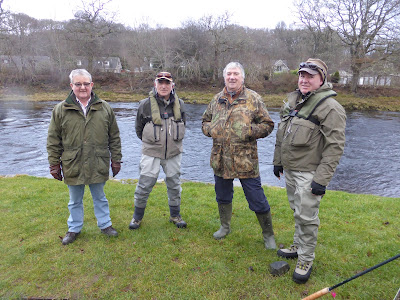