Posted by peter on Friday, 11 July 2014 in Highland Perthshire
Last night the ranger team went out with artist and member of the Scottish Raptor Study Group Keith Brockie to help tag osprey chicks near Lochan Oisinneach Mor.
This beautiful area provides perfect habitat for ospreys, which breed successfully in wooded landscapes with access to freshwater lochs and rivers. Typically ospreys will build a large, dense nest of sticks high in the tops of Scots Pine or other coniferous trees (although some use artificial platforms and even electricity pylons). They typically lay a clutch of three eggs from mid-April to mid-May, with young birds fledging between mid-July and August. 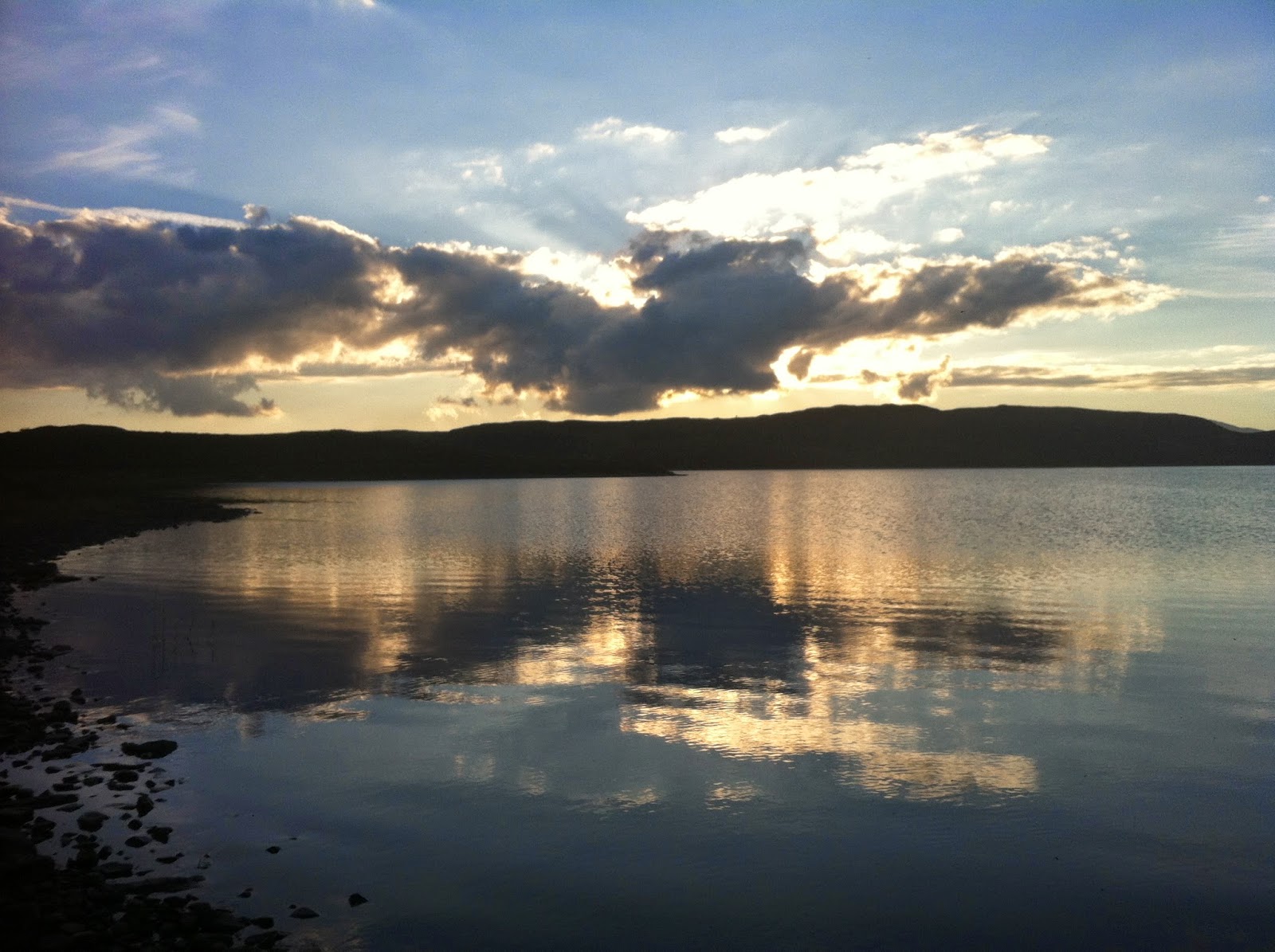 In the past, ospreys bred throughout the British Isles, but were persecuted to extinction by the early 20th century. Following successful reintroduction at Loch Garten, Scotland has become a stronghold for a new osprey population and there are around 40 pairs of osprey in Perthshire. A possible sighting of new chicks at the nest near Lochan Oisinneach Mor brought us out to assist with the challenging task of ringing the birds, to help with ongoing monitoring of the osprey population and its breeding success. This monitoring is vital in order to secure their well-being in the longer term and results of surveys carried out by the Scottish Raptor Study Group inform conservation planning and policy at a local, regional and national level.
Reaching the nest, or eeyrie, in order to ring chicks involves some spectacular rope-work and is only permissible with a Schedule 1 licence. Thin string is thrown high into the tree, with the aid of a stone to carry it up and over a suitably sturdy branch and back to the ground. The string is then used to winch up a climbing rope. This secured, the climber ascends using mechanical jumars to reach the top of the rope, then free climbs up to the nest, arranging the rope for the return abseil down. Keith performed these tricky manoeuvres with the swiftness of an acrobat, avoiding rusty old nails stuck into the tree trunk by collectors aiming to illegally take eggs from the nest site and the razor wire set up to deter the collectors. 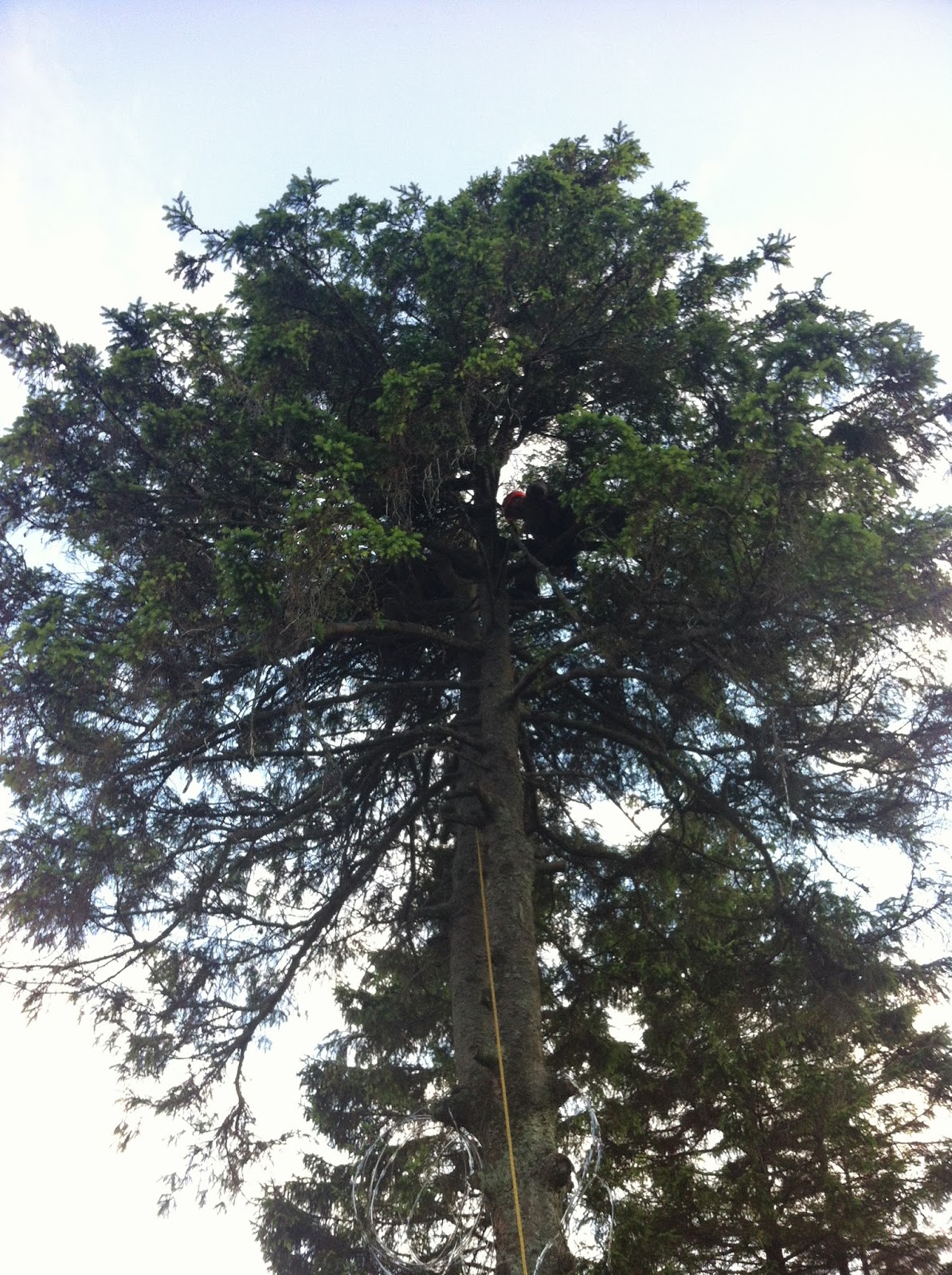 However, on reaching the nest site there had been no sign of an adult bird. Ospreys are typically monogamous and highly faithful to their partners and their nest. Usually the female would be guarding the chicks, so her absence and the lack of sounds or signs of droppings indicated that there were no chicks after all. Having checked, Keith confirmed the nest was empty. Nearby, we found several osprey feathers and a broken osprey eggshell, but there was no sign of the egg having been fertilised. It was not certain what had happened and why the nest had been abandoned. Nests may fail because of adverse weather or inexperienced birds breeding for the first time as well as through disturbance. Perhaps the ospreys would try again here or close by.
We decided to visit another nearby nest. Here we found a female circling as we approached, calling and alarming to the chicks, who would have been lying flat in the nest. It wasn’t possible to climb the very old and rotten tree to reach the eeyrie, so we watched for a while, and then retreated some distance to let the ospreys settle down in peace, whilst we surveyed the nest with a telescope. We were delighted to see two, large, very healthy-looking chicks in the nest, stretching their wings and being fed by the female bird. They will soon fledge and eventually become independent enough to soar high above lochs and rivers, perfecting the art of fishing through plummeting dives underwater. 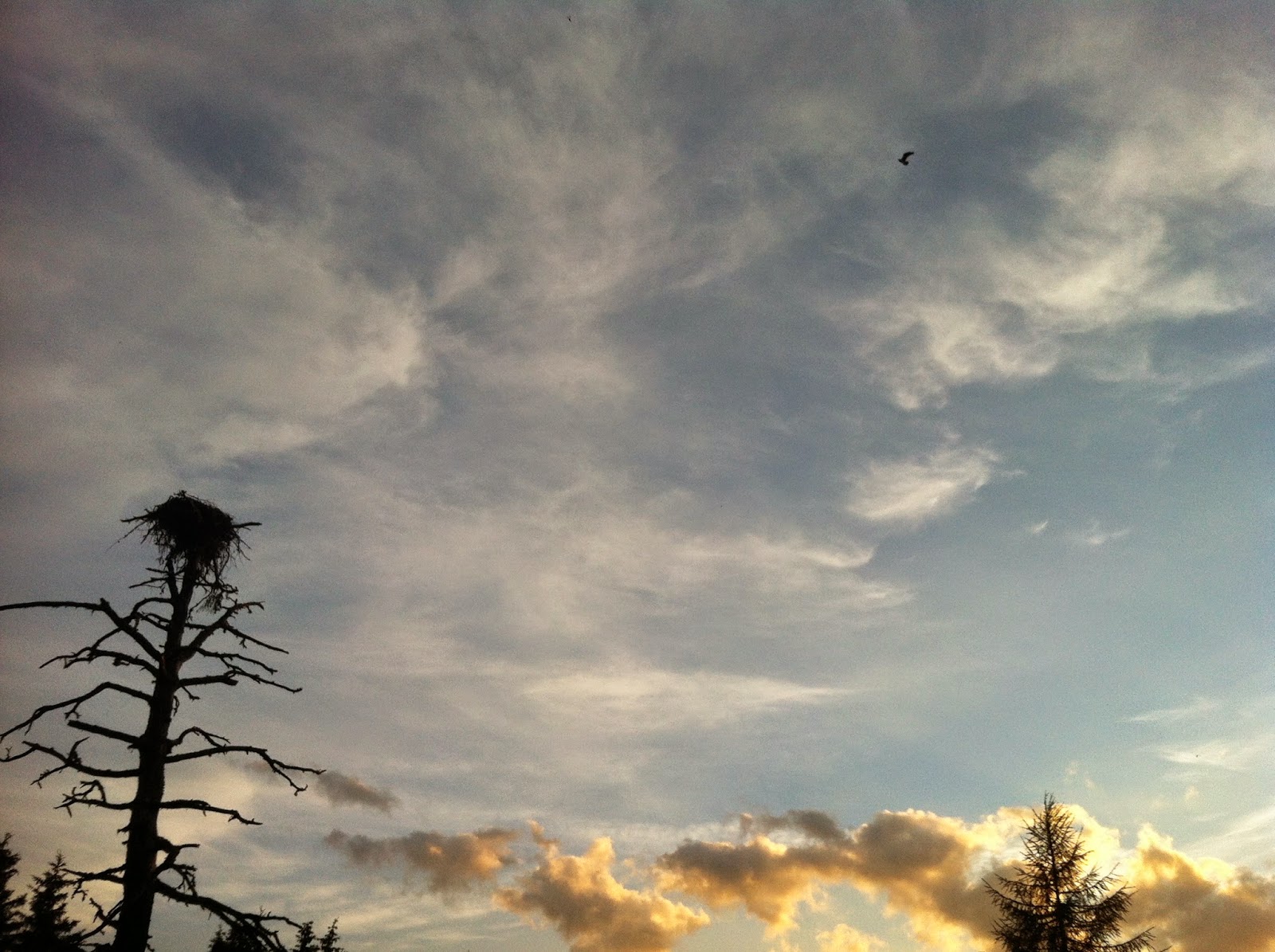